On occasion, we must unfortunately share news of some members who have broken from the ranks of the Baker Street Irregulars. These are tagged (or grouped, if you will) under the category "terrace" in the sidebar area titled "Some Other Topic." Today, as we do some end-of-year tidying, we find that there are no less than three members who require our memories. 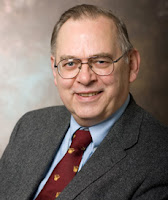 David Musto, BSI ("Dr. Anstruther") passed away on October 8, 2010 while on a visit to Shanghai to donate his papers to Shanghai University at a ceremony. In his professional life, Dr. Musto was the leading historian on drug policy and was world renowned in the field, having consulted for presidents and academia. He founded the Yale Sherlock Holmes Society and notably penned "A Study in Cocaine: Sherlock Holmes and Sigmund Freud" that appeared in The Journal of the American Medical Association in 1968. For a full recounting of his career and life, the obituary that ran in the New York Times is available here.

A personal reminiscence from Burt Wolder:

David was one of the founding few, with Henry Folsom, Jan Prager, and Al Silverstein, who formed The Cornish Horrrors in December 1970.

David brought a rare mix of whimsicality and scholarship to his Sherlockian pursuits.

Whimsicality, of course, because he conceived of the Yale Sherlock Holmes Society as an ephemeral organization, steadfastly refusing to appoint officers or adopt any formal procedures.

David was especially fond of Basil Rathbone's protrayal of the Master. Each summer evening at Yale ended with a screening of the Hound, The Adventures, or one of the Universal series.

David was gentle, soft-spoken, and brilliant. We have lost a great scholar and friend.

Tsukasa Kobayashi, BSI ("Baritsu") died on September 27, 2010 in Tokyo. He had been suffering from myelodysplastic syndromes. Also known as a psychologist, and an active Esperantist, Dr. Kobayashi constituted  the Japan Sherlock Holmes Club in 1977. He and his wife Akana Higashiyama, along with photographer Masaharu Uemura, put their Sherlockian interest to work by producing Sherlock Holmes's London: Following the Footsteps of London's Master Detective

The passion for Sherlock Holmes in Japan can be said to be one of the most fervent in the world, if we pit countries against one another. And Dr. Kobayashi's work there has been instrumental in driving that passion. The Baker Street Irregulars chronicled that passion in the 2005 entry in the BSI International Series, Japan and Sherlock Holmes, which has since sold out.

Herb Tinning, BSI ("Dr. Leon Sterndale")
The Reverend Herbert P. Tinning passed away on November 15 after visiting his children in Arizona and Illinois. He worked as an association executive, and was a dedicated deacon in the Episcopal church. He was an active Sherlockian, holding membership in a number of societies in the midwest and then in the northeast. His special enthusiasms included the Antarctic (where he believed Dr. Watson visited during the Great Hiatus) and his namesake story "The Devil's Foot". He was awarded his Investiture in The Baker Street Irregulars in 1974. A longer obituary can be found  here.

As we look back at 2010, it's natural to reminisce. Do you have any memories of the above Irregulars, or of other Sherlockians who have passed beyond the Reichenbach this year? Feel free to share them in a comment.