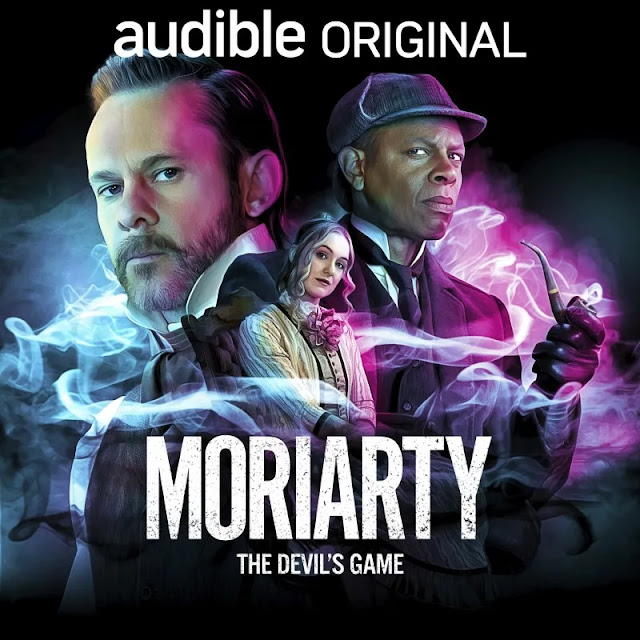 In a refrain familiar to fans of Nicholas Meyer's groundbreaking The Seven-Per-Cent Solution, the production has us imagine Professor Moriarty as a wrongly accused innocent man.

Featuring Dominic Monaghan (Lord of the Rings, Lost) in a riveting lead performance, Moriarty turns one of literature’s most famous rivalries on its head, recasting Professor James Moriarty as a desperate fugitive framed for murder–and hunted by dark forces who will stop at nothing to exploit his brilliance.

Moriarty finds the professor on the heels of an earth-shattering mathematical breakthrough–a formula so powerful, it can predict the future–and at the scene of a gruesome murder he must solve to prove his innocence.

With London’s sprawling underworld as their battleground, Moriarty and Holmes match their peerless intellects to gain the ever-shifting upper hand. But as their duel escalates, so does the deadly cost of pursuing the truth.

Dr. Watson asks an utterly ensnared Moriarty, “What will it take to get your justice? And if do you get it… what will you become?”

Vividly brought to life by a sensational cast and meticulously crafted sound design, Moriarty is a heart-pounding series filled with biting wit and shocking twists at every turn.

Listen to the trailer here:

And get the series on Audible on July 7, when all episodes will be available. It's free with an Audible trial.