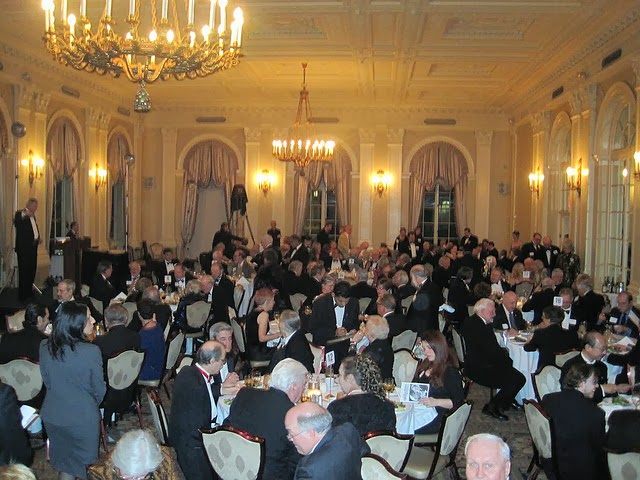 Burt and Scott have returned from the Baker Street Irregulars Weekend to take us on an audio journey of what it was like in New York in January. We bravely go from club to club, meal to meal, and Sherlockian to Sherlockian, to bring you a recap of a few of the many events that make up this largest annual gathering of Sherlock Holmes enthusiasts in the world. And because so much of the fun of the Game is in associating with other people, we'll be bringing you an audio montage of some of the people who were there as well.

Together, we bring you audio coverage from the Players Club, where Burt hosted his annual Lunch of Steele to honor Frederick Dorr Steele. We also grant you insider's access to the hallowed halls of the BSI Dinner itself, where you'll hear from Sherlockian raconteur extraordinare Peter Blau as he gives a Tribute to an Old Irregular. Then we'll get a man-on-the-street view of what it's like to receive an Irregular Shilling.

Finally, we wrap up the show with an announcement of the winners (that's right - there were TWO!) of the BBC Sherlock Holmes DVD and a question about potential sponsorship on this podcast. You can take the poll over in the right column. Please let us know what you think.