"I can tell a Moriarty when I see one" [VALL] 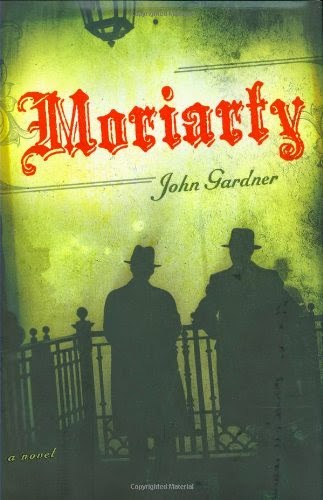 You may recall the death of author John Gardner, BSI ("Moriarty") in August of 2007. He was well known for where he picked up with the James Bond novels, as commissioned by the Ian Fleming estate.

Of course, one of the reasons he was inducted into the Baker Street Irregulars was his Sherlockian work in the 1970s, in which he looked at life as a Victorian criminal through the eyes of Professor James Moriarty. His first entry in this series was The Return Of Moriarty

; the second was The Revenge Of Moriarty

, which picked up where the Return left off. There were rumors of a manuscript for a third installment in the series, but the book never made it to bookstore shelves before Gardner's demise.

Well, the wait is over - the final installment in the trilogy is titled Moriarty


It is the turn of the century and, having survived the struggle with Sherlock Holmes at the Reichenbach Falls, Professor James Moriarty is alive and well and about to realize his plans to establish crime syndicates in the major cities of the United States. But suddenly he is called back to London, where his vast criminal society has been overrun by a rival concern led by the shadowy Sir Jordan Jack Idell—or Idle Jack—a supposed gentleman hoodlum acting on behalf of criminal elements in France, Italy, Spain, and Germany.
As Moriarty fights back—against both the unruly crime families and the forces of law and order—readers are thrown in among the lurkers, punishers, dippers, cracksmen, and the professor's elite guard.
Moriarty lives again and revolts against those who attempt to oust him from his rightful place as king of “Napoleon of Crime.”

While you won't be able to get a signed copy, you might want to act early on this, as it's likely to capture a lot of attention and fly off the shelves early. This is yet another piece in what I like to think is a Sherlockian Renaissance that's about to begin.